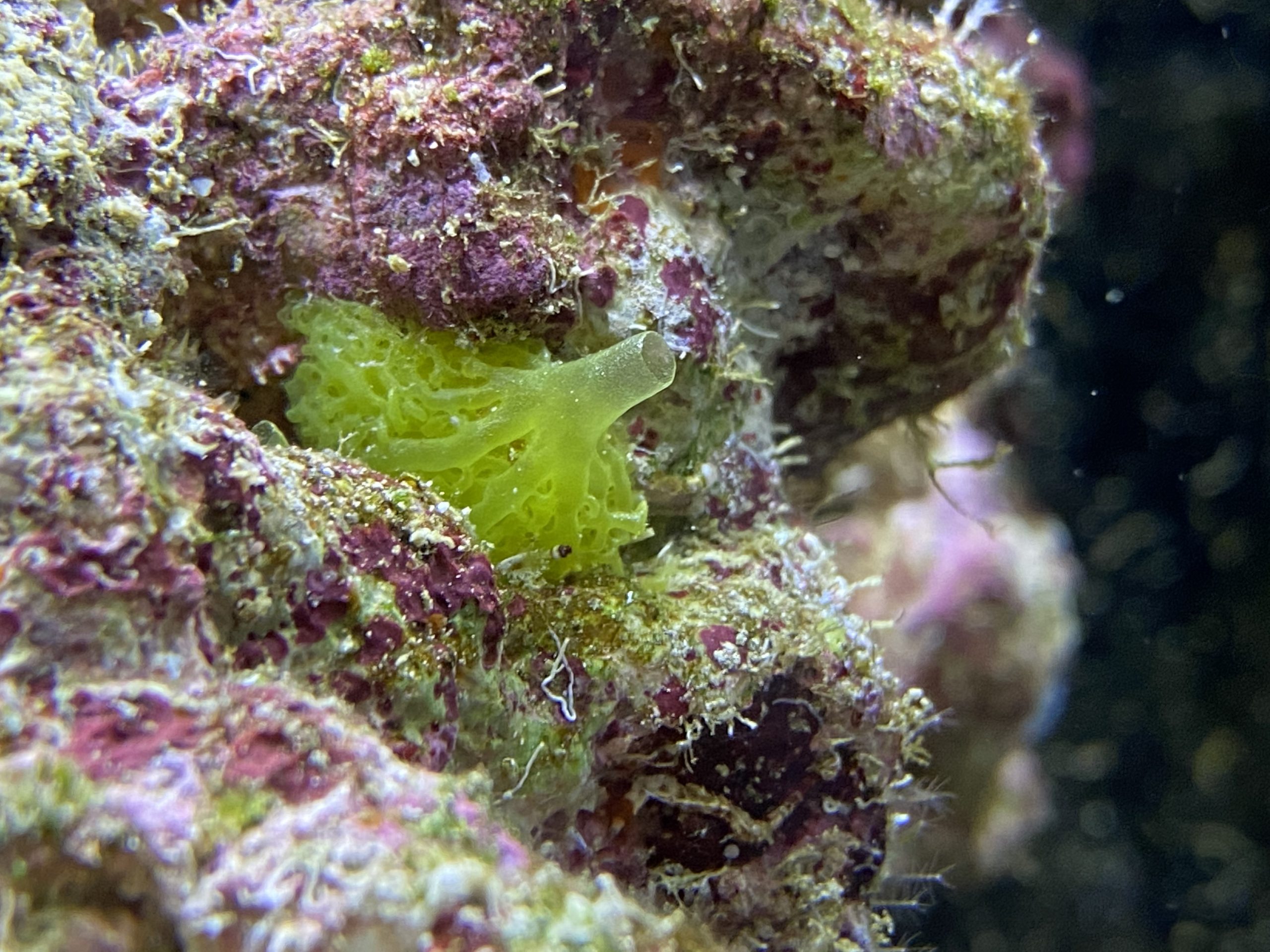 I’ve made two orders from KP Aquatics, and I can’t say enough about either one of them. My first experience was with their live rock. It was covered with life, and I got some very nice hitchhikers. Curlique anemone, mantis shrimp, some kind of SPS coral, black and yellow sponges, tons of feather dusters, a beautiful orange fleshy limpet, and a few bristle worms. Nice macro algae, too.

The second order was for a couple peppermint shrimp and a couple gorgonians. Both of the shrimp molted during shipping, then molted again within a couple weeks. I think this means they’re healthy. The photosynthetic gorgonians were both very nice specimens and decent sized. The purple sea feather had polyps out in 24 hours, the Yellow Sea whip took a little longer, but all polys were out 48 hours later. Both of the gorgonians added a ton of movement and interest to my tank.