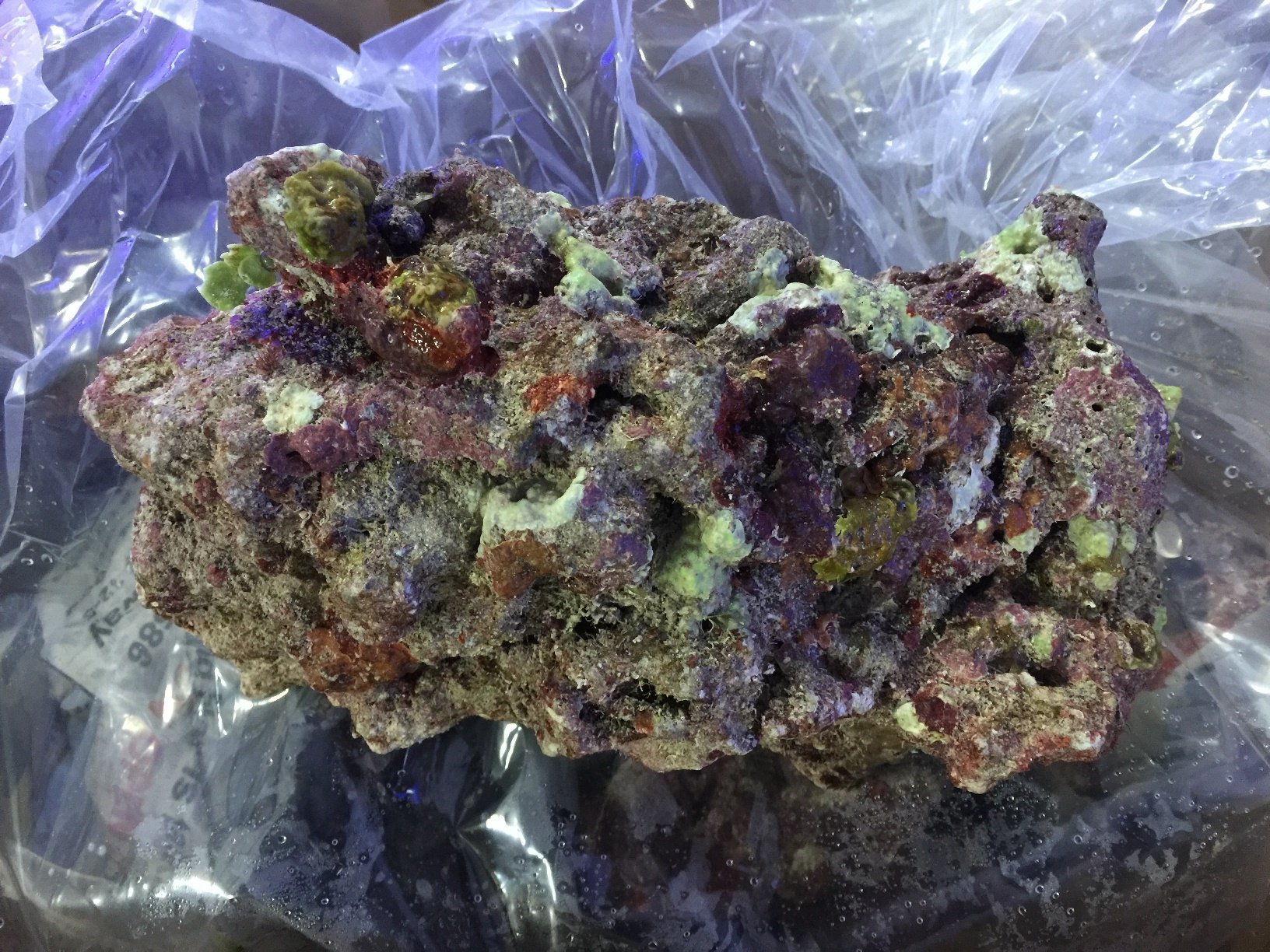 I have ordered several times from Kara and Philipp and always great results with fish and coral, this time was no different. The corals in my wife’s 20 gallon have out grown the tank so I decided to setup a new 65 gallon using Florida Liverock. Since it was air shipped via SW Air Cargo it came in overnight as liverock, not rock with dead stuff on it. I ordered 61 pounds and they shipped 65 (four free pounds) which filled up her tank. When I asked about the rock they told me up front that this time of year macro algae is not as prevalent, but the coralline is awesome and it came in as advertised. This rock is full of holes and looks so natural compared to the manmade stuff. Inspecting the rock I found one red Mithrax crab (went into my office tank), and one gorilla crab (went to a friend who likes these). I will be quarantining the rock for a couple of months looking for other hitch hikers but I would rather be looking at colorful rocks than dead stuff while my tank matures. In closing it is so nice dealing with individuals that care so much and have great Fish, Coral, and Liverock. Thanks again Kara and Philipp your friend for life, Alton